If you live in Kitsap, or the surrounding Counties, you have seen one of the “Baseball Cards” below. 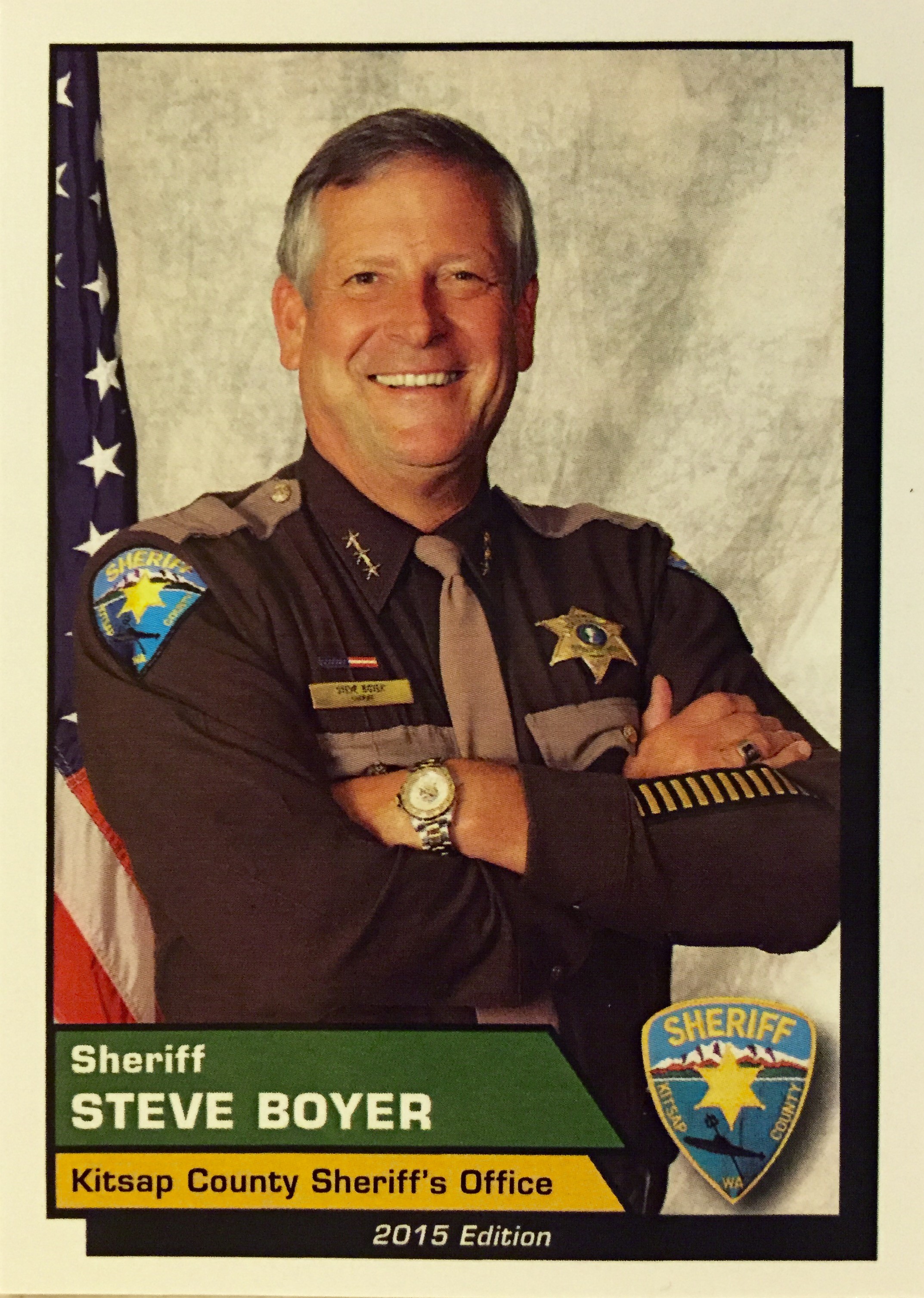 It is the familiar face of the Sheriff Steve Boyer. The text on the back of the card reads: “Sheriff Steve Boyer is a 43-year law enforcement veteran. He is proud to serve the community alongside the outstanding men and women of the Sheriff’s Office. Peace and safety for all citizens is their Goal.” This describes what Sherriff Boyer had done but not who he is! 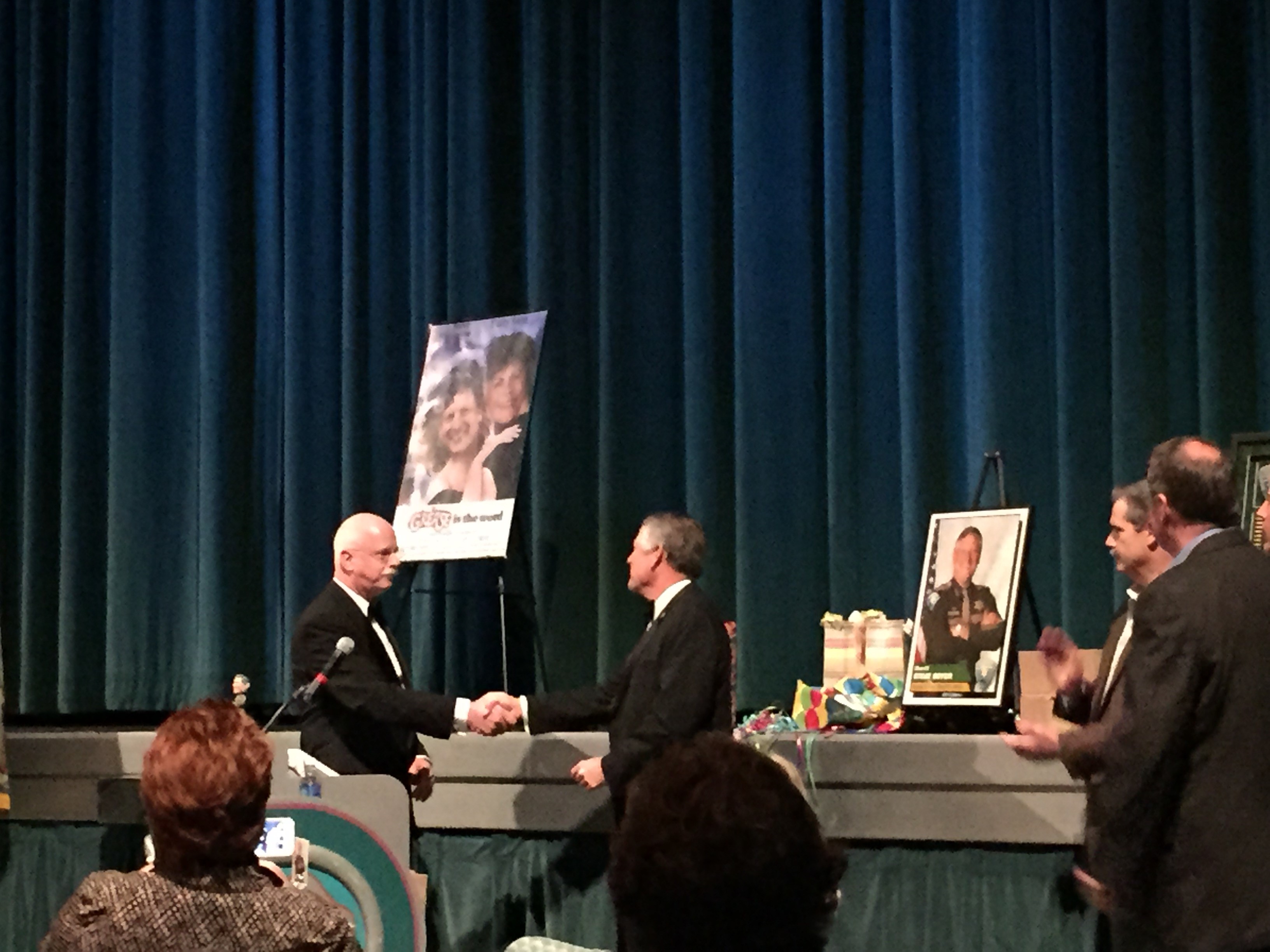 On Sunday the 11th of Janury 2015, Sheriff Boyer officially retired from his 43 years of experience in law enforcement. Irene and I were honored to be in the large group of people gathered at the Admiral Theater for this special occasion. Steve served 4 terms as Kitsap County’s Sherriff. Over his 15 years as the sheriff he has significantly lowered the crime rate, improved the training for our deputies, and helped provide a larger budget for our local offices. And he has done it all the while with a smiling face! 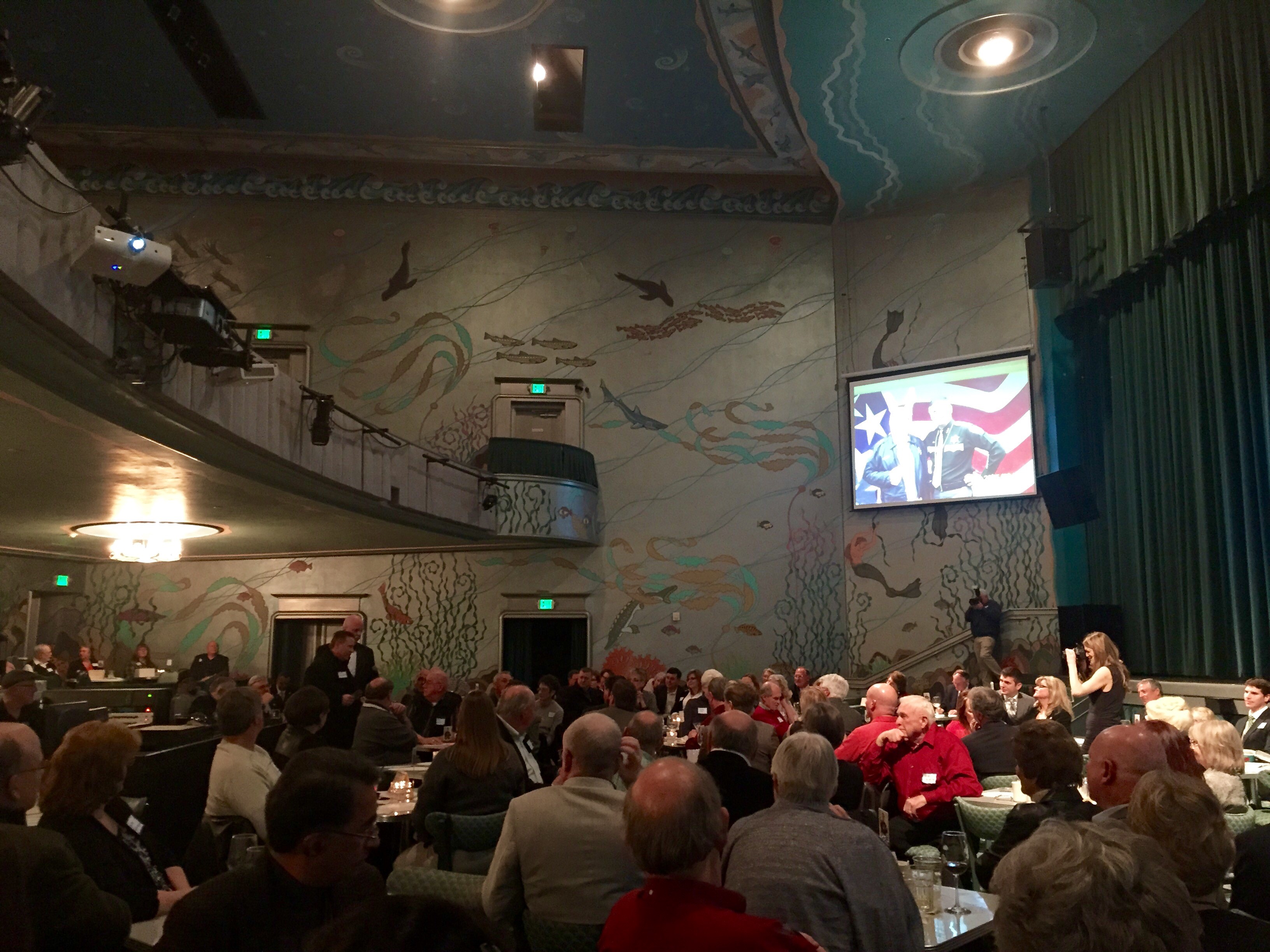 The Sheriff filled the entire Admiral Theater to the brim with friends, family, and supporters.

Speeches were made… stories were told… tears were shed… and laughter was spread. It was obvious that Steve had, in one way or another, touched the hearts of everyone in the room.

From the left: Steve's Children | Steve with Judy his wife | Steve receiving his baseball card 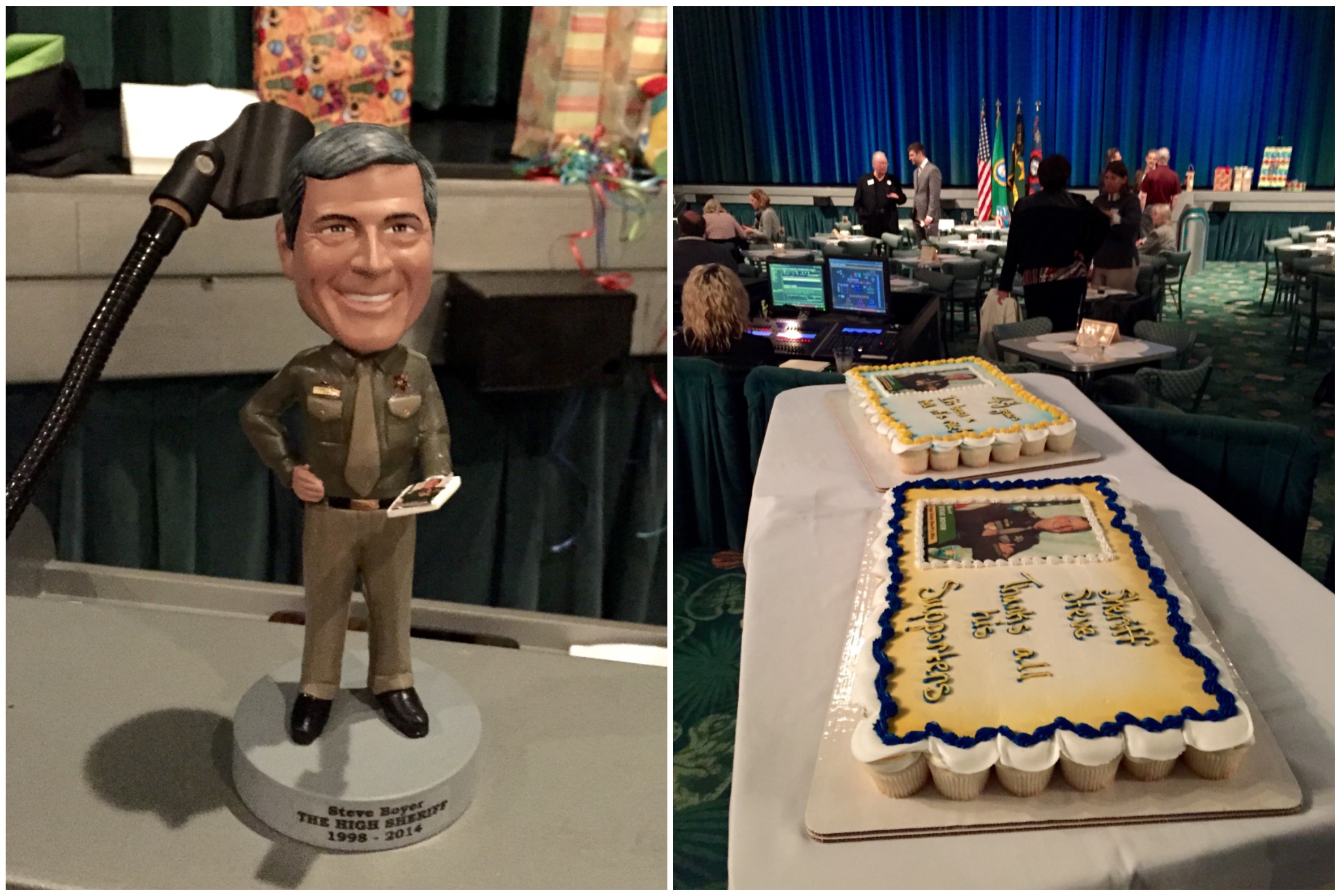 Throughout his long and bright Law Enforcement career Steve Boyer has never made it about himself. At the end of his heartfelt speech Steve insisted that we do not stand and clap for him or his service, but for the Community, the Kids, and the Safety of Everyone. 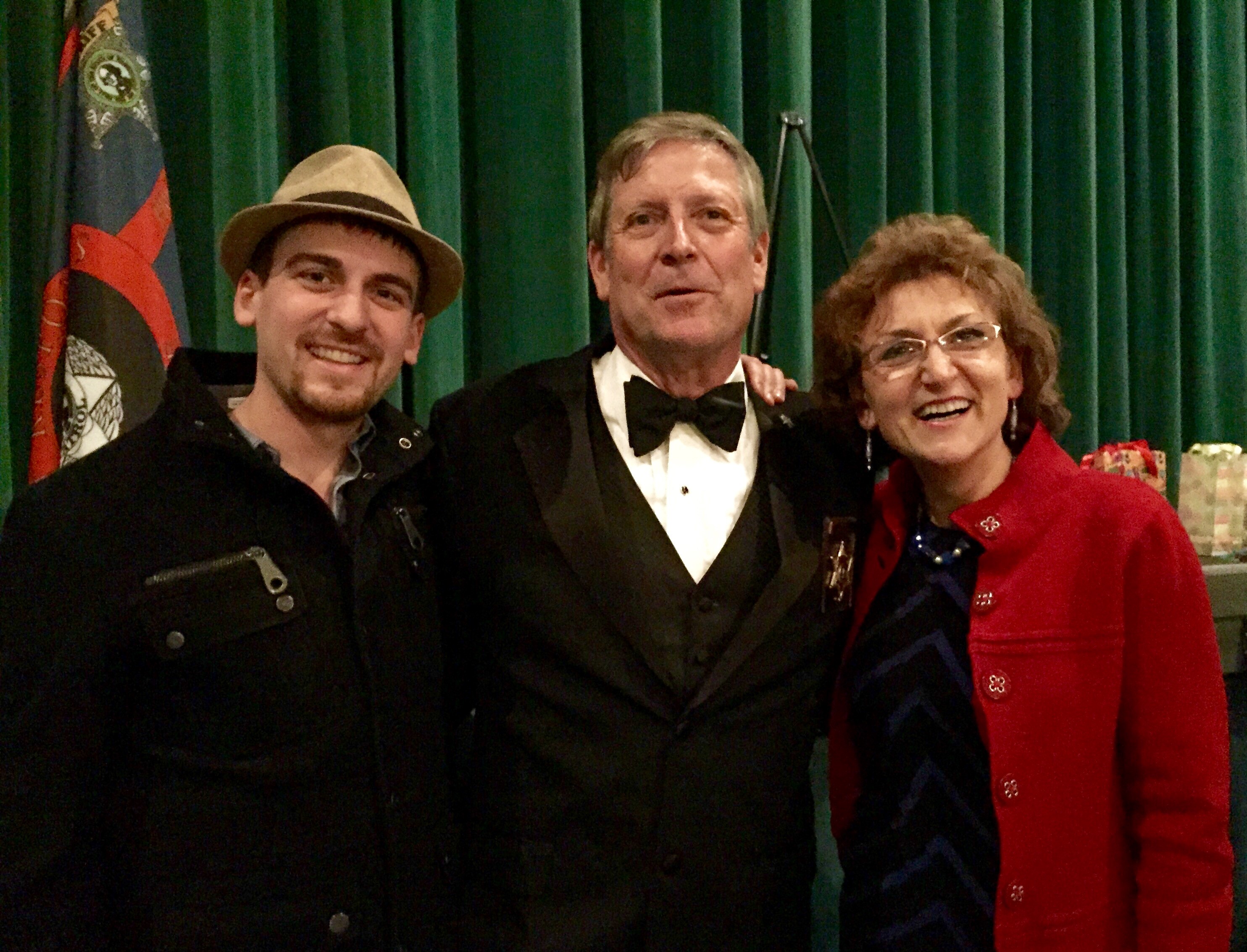 We are very thankful to your wife Judi Boyer and your wonderful supportive family for their sacrifice and dedication to the community. You will always be remembered as a great husband, a great father, a great public servant and a great friend.

The 2015 and last edition of Steve’s card leaves us with the following message:

“May your soul give courage

We commend you Steve Boyer for your Courage, your Character, and your Commitment.

Related Articles
Uncategorized June Wurden Back On the Professional Tennis Court at 80!   "There are very few people in the world like her. She is probably the closest person I know who wears a Halo. And you can quote me on that." – Ron Corcoran   What an amazing woman! She is an inspiration to us all here at the Wurden Team. We hope to be like her […]
Community 05/27/15 Windermere Premier Breakfast: Chris Wurden’s Full Kitsap Presentation   "Kitsap County Peninsula is the “Resort Destination” at your doorstep. Offering amazing values in the Luxury marketplace this county provides more value for less."   Kitsap has a population of 251,000.  Whether you are visiting art galleries on the island of Bainbridge; Bremerton’s historic Navy Docks and waterfront; Hansville’s waterside communities of Pont No […]
Community Premier Destination Living Networking Meeting  May 27, 2015, Broadmoor Golf & Country Club, Seattle WA Panel: Keith Wells (Lake Chelan), Pat O'Day (San Juan Islands), Lisa Hatem (Maui), Chris Wurden (Kitsap Peninsula), Wally Gudgell (Orcas Island), Jay West (Cabo)   More than 100 agents came together on May 27 for the monthly Windermere Premier breakfast to network and learn about […]